The Taste of the Silk Road

For many of us, the Silk Road evokes a rather mysterious, adventurous image.  Journeys “in the footsteps of Marco Polo” attract a growing number of tourists to these remote regions. In 2017, the Chinese government launched the concept of the “New Silk Road” as an economic development zone. The idea was that by improving the transport infrastructure of this more than 1,400 year-old trade route, China could promote the economic development of the surrounding areas. A huge project because the road links three of Asia’s most important cultural regions: Iran, India and China. 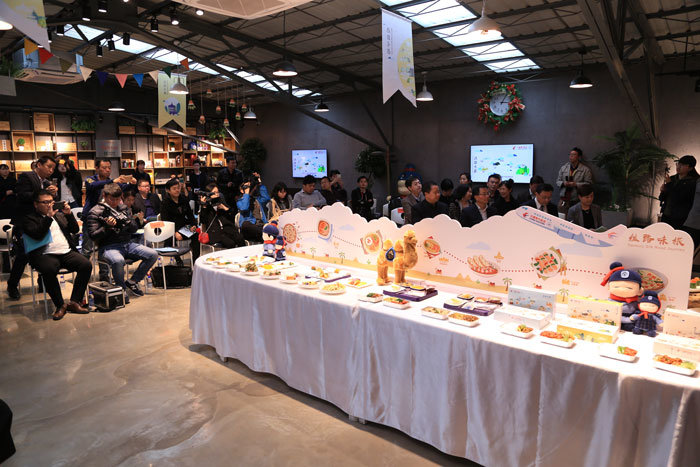 A wide range of flavors

We at LSG Sky Chefs Xi’an got inspired by this economic project and the many tales behind the Silk Road. We asked ourselves, “What flavors do you actually get to taste while travelling along this road?” So, an idea was born and a taskforce formed with the aim of developing a new culinary concept that reflects the best-known local dishes along this route. The team, consisting of 20 people from different departments (Operations, Product Development and Administration) of our Xi’an LSG Sky Chefs unit travelled to various cities along the Silk Road while tasting as many local dishes as possible. Back in Xi’an, and with a lot of inspiration collected, the team further developed their ideas in the test kitchen and presented them to their colleagues during a menu presentation. All participants voted afterwards on which meals should be offered to the customers. Their choices include dishes like Liang Pi (cold noodles) Xi’an style, Pakistani potato curry in spring roll dough, Turkish roast chicken, German roast pork chops, Iranian fried beef rolls with eggs and vegetables and more. But the result of this joint teamwork was not just a new menu but a whole new culinary concept called “A bite of the Silk Road.”

Silk Road in the Air

Several of our customers were immediately interested in these new dishes. And our joint venture partner, China Eastern, was the first customer to fly them on its routes from Xi’an to Beijing and Shanghai, as well as on all international routes from Xi’an. In the meantime, our catering unit was also able to win Air China with the new food concept. Early feedback shows that China Eastern and its passengers are very pleased with the new meals and surprised that they can enjoy the taste from different regions during their flight. And by the way, the cold Xi’an-style noodles and the Pakistani potato curry are clearly the passengers’ favorite dishes so far. 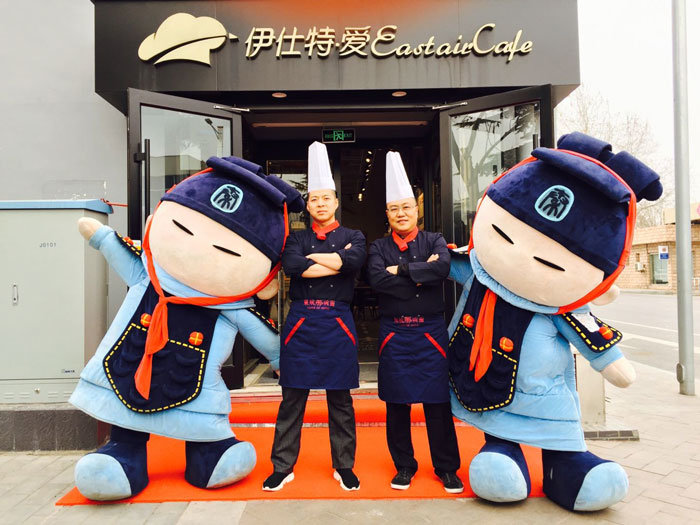 The Silk Road is an old network of caravan roads whose main route connected the Mediterranean Sea with East Asia by land via Central Asia. The route is 6,400 km long and starts in the Chinese city of Xi’an. Among other things, silk from China came to the West on it and thus gave it its name. Nevertheless, many other goods were exchanged via these trade routes. Caravans to China transported gold, precious stones and above all glass. In the other direction – apart from silk – mainly furs, ceramics, porcelain, jade, bronze, lacquers and iron were transported. Many of these goods were exchanged along the way, changed owners several times and thus gained in value before they reached their final destination. (Source: Wikipedia)

“I believe a Formula 1 driver can’t do a fast lap without a team,” said Thomas Bühner in the second episode of our mini-series: LSG Group x …