What makes our space food so special?

Much about space travel has changed since Yuri Gagarin and Alan Shepard first went to space, and so it comes as no surprise that the food we send to space has also evolved. Gone are the days when astronauts ate pureed food out of a tube. In its place, the ISS-crew can now enjoy cereal and stew that’s been specially prepared and packaged. But what makes space food so unique, and why is the bonus food prepared by the LSG Group such a big deal? Here are five interesting facts. 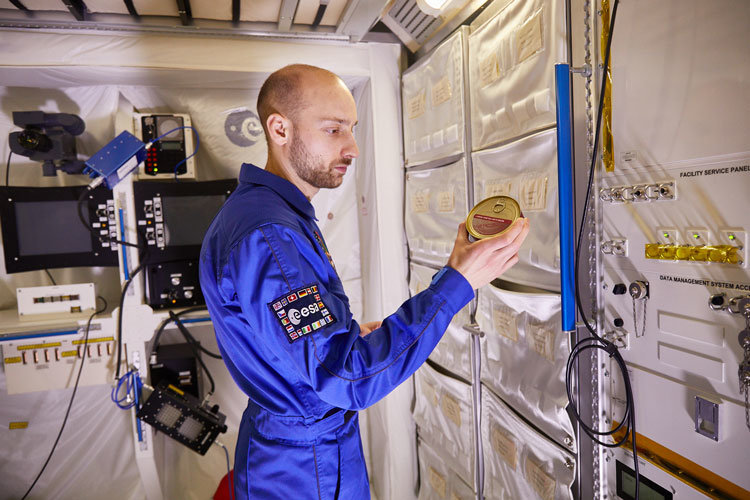 1. The umami flavour is very important

Much like the sense of taste is altered at flight altitude, the taste perception of sweet and salty foods is reduced to that of 400 km altitude when in space. Umami, however, remains relatively stable despite the difference in air pressure. Ingredients containing the savory flavour, such as tomatoes, mature cheese and mushrooms, are therefore key to creating a dish that the astronauts can still enjoy.

2. Bonus food is personalized for each astronaut

As the name implies, bonus food is a creature comfort, acting as an added treat for the crew members. That is why on top of their regular packaged meals,  astronauts have the option to curate their menu of bonus food – whether it’s their favorite dish or has flavors strongly oriented towards meals from their hometown. Then, once a week, the ISS-astronauts typically comes together to enjoy their bonus food and strengthen their team spirit.

3. Space food has to be tried and tested…repeatedly

It’s no coincidence that the change in space food has come with more successful space missions, and there’s a very simple reason for it: As more astronauts experienced longer orbits, they began to view food with increasing importance. Not only is food important for their psychological health, it’s also fundamental to maintaining the crew’s body mass and bone mass – something that is critical to their health and performance aboard the spacecraft. This has in turn given rise to pre-packed meals (including cereal and dry milk, stews and, in the Horizons missions case, spaetzle) that have undergone various tests to ensure that it tastes good, or that no crumbs fall out its packaging when rehydrated in space.

4. Space food is packed with nutrients 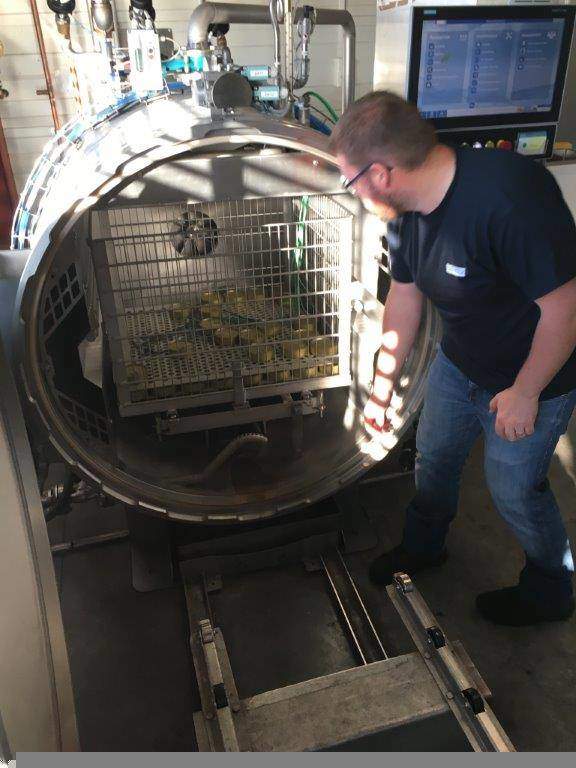 Given how crucial maintaining the astronaut’s weight is, the food provided naturally has to be as nutritious as it is tasty. That is why, when creating the bonus food, the LSG Group adopted the autoclaving process to meet the criteria for space food. The process of autoclaving uses pressurized steam of over 100°C to sterilize the food, killing all endospores and other microorganisms capable of reproducing. However, the adaptable nature of this sterilization method allows for adopting temperature curves to fit the product, and the subsequent rapid cooling ensures that the nutrients are retained.

5. Bonus food must have a shelf life of at least two years

Besides being sterilized, bonus food must not be perishable, or it should at least last for a minimum of two years. Given the length of space missions, it stands to reason that bonus food should not go bad before the crew has returned. Another important criterion for bonus food is its consistency.

Stream the full session with Jörg Hofmann, Head of Center of Excellence Culinary at LSG Group, explaining what food for space is all about. Pastry expert Mathieu …