By the end of October, Jürgen Steckenreiter may well be gasping for breath. At that time of year, within a period of just a few hours, catering production as a whole switches to new targets, aircraft and departure times. To complicate matters further, new menus are simultaneously introduced on long-haul flights. It’s a logistical challenge, not least because the switch to the winter timetable happens overnight, just as the clocks change. “There’s very little room for maneuver, so it really is a problem if deliveries are late or if a jumbo turns up for loading early in the morning instead of the small aircraft we had been expecting. The devil is in the details,” explains the Group Leader of Order Management at Frankfurt LSG Sky Chef’s site. 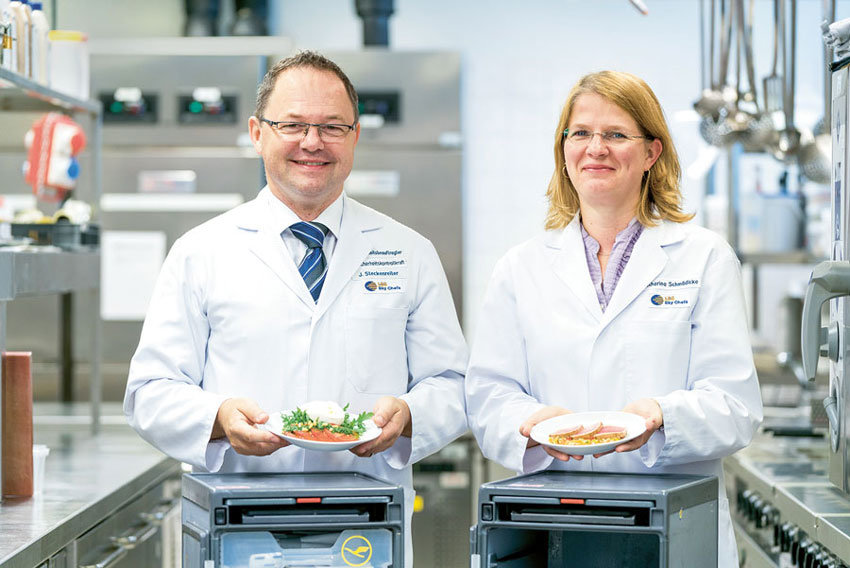 Long hours of planning are put in before the big night to ensure that that kind of scenario does not arise. General planning for the menu change begins a year in advance. New menus are introduced six times a year on long-haul routes, but this change is happening in parallel with the switch to winter time. Six months beforehand, it’s time to start planning the details – in this case the on-board Christmas dinner. “But the menu change not only affects the complimentary meals, but also the food sold on board, the wine selection, and the chocolates and teas we offer,” explains Katharina Schmädicke, who is responsible for the product and service development of one our customer’s on-board concepts at the LSG Group. She and her team are behind the introduction of more wild game dishes, such as venison sausage in winter, or orange-flavored tea. When it comes to food and equipment planning and stowage logistics for these flights, all the various global elements converge in Schmädicke’s department. This is also where the production instructions are written.

The real countdown at the LSG Sky Chefs sites in Frankfurt and Munich starts six weeks before the switch to the winter timetable – in parallel with regular operations. While passenger numbers on flights are rising slowly during the switch to summer, there is a sudden drop on most routes around October 29 – a drop that has to be offset. 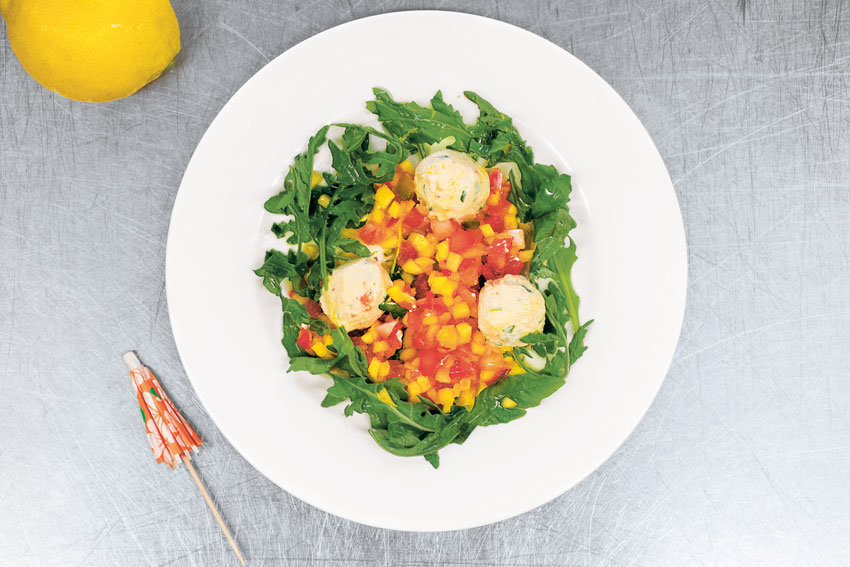 After that, things gradually become busier and busier. There are just 21 days to go. New individual parts lists with photos are produced for each workstation in production. At the same time, employees are informed about upcoming changes in work processes, and workstations are rearranged. The operational plans are also adjusted to the new loads, in part due to the change in the number of hours.

In the kitchen, meanwhile, the chefs are tasting the new recipes and are briefing their teams, while the dispatchers are already ordering the fresh produce they expect they will need based on the load lists. The refrigerated warehouses on the sites receive precise assignment plans that set out which products and loads will be stowed where in future. And since the equipment requirements on board the aircraft also change in winter, the LSG Group subsidiary SPIRIANT transports required objects to international stations and brings gear that is surplus to requirements back to Frankfurt.

Finally, all departments are informed of the impending changes around two weeks beforehand. “We don’t just get together to discuss the timetable change; we also review the current situation every day. In this phase, however, we managers take another – very critical – look to make sure everything is ready,” explains Steckenreiter. The changeover will only go smoothly if everyone works as a team.

Just 48 hours to go. Maintaining focus is now more critical than ever. Pre-production starts on the first winter timetable flights, and that is happening in parallel with ongoing production on current summer timetable flights. Anything that can no longer be flown out must be removed from the production area immediately to avoid mix-ups when loading. During this heated initial phase, the product developers from the Culinary Excellence Team are also present at the major sites to support their colleagues with the menu changeover.

Specific seasonal events can also shake up the timetable. It is possible to plan for some of those, for example Oktoberfest in Munich or the end of the orthodox Christmas holidays (demand usually spikes around that time). Other events – such as a victory in a Champions League game – are more or less impossible to prepare for. It’s vital that the planners always know where reserves are available, where there is an aircraft standing idle, and for which aircraft it would be possible to postpone scheduled maintenance service – that’s often the only way to solve this magnificent puzzle. 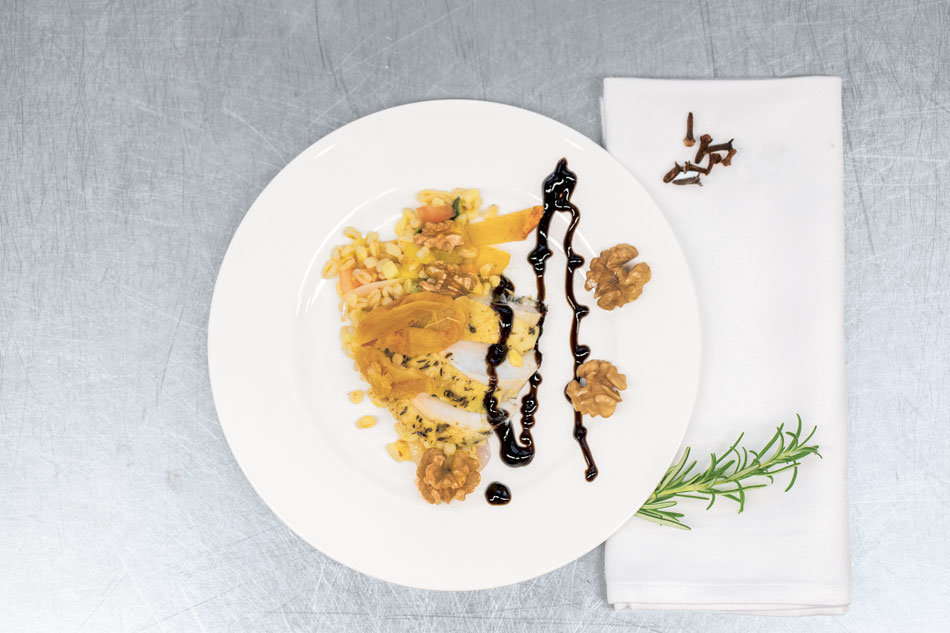 24 hours and counting. Time is running out. The last deliveries usually arrive on Friday evenings. If something’s missing, they will have to ask sister sites for assistance – or simply improvise. In the loading area, meanwhile, there are two new buffer zones to ensure everything is in order. All loads that fly out on October 28 are stored in buffer zone 1, while buffer zone 2 is for everything that flies out of the new winter timetable.

The effort in coordination over the last few stages is huge. “Senior staff are even more visible on site than usual. They are there to check whether the processes are appropriate for the changes, and they carry out far more quality checks during this phase. We want to make sure that the weights and contents are also suitable,” says Steckenreiter. “But the good news with the switch to winter is that by gaining one hour, we get an extra 100 production hours,” he adds.

Then, finally, the hands on the clock move backwards for a moment. Even though Steckenreiter knows it will take some time before every member of staff has internalized the new routine, and productivity returns to normal, at least he and the operational management team now have a chance to catch their breath.

In light of the COVID-19 pandemic, LSG Sky Chefs has introduced additional safety measures in its facilities all around the world. With the highest possible hygiene standards …