The culinary landscape of South America 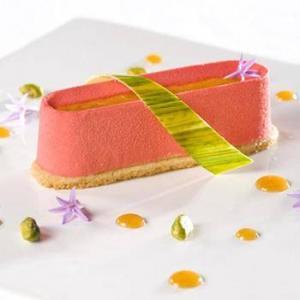 Each year, LSG Sky Chefs’ leading regional chefs attend global Culinary Excellence workshops where they exchange ideas, know-how, study new techniques and discuss consumer and food trends. At the first-ever Latin American culinary excellence workshop, chefs from Argentina, Brazil, Chile, Panama and Venezuela explored the latest regional trends and flavors and gained a good understanding of the differences that exist between each Latin American country when it comes to food.

“With increased globalization, Latin America has an opportunity to differentiate itself through its local traditions,” explained LSG Sky Chefs’ Regional Executive Chef for Latin America, Fernando Balsano. “Each country is unique and has its own culinary preferences and local ingredients. There are products that are easy to find in one country but not in another. And the culinary traditions vary from one country to the other.”

For example, in Brazil they eat a lot of rice and beans – while in Argentina it’s all about potatoes. Chile and Peru are very rich in seafood, while in Argentina the main ingredient is beef. A typical Argentinian dish consists therefore of grilled beef and vegetables. Also, Peruvian cuisine is heavily influenced by native Peruvian as well as Spanish cultures – whereas Brazil takes its influence from Africa and Portugal.

“We bring across a celebration of this diversity in our menus — but with an emphasis on fresh, local flavors,”  Chef Fernando added.

Fernando Balsano is from Buenos Aires, Argentina. He graduated from the Escuela de Cocina Alicia Berger with a degree in Culinary Arts. He then studied at the L’École de Gastronomie Francaise Ritz-Escoffier in Paris and at the Culinary Institute of America in New York.  Chef Fernando worked in restaurants in Chile, Uruguay, Italy and Spain. He also worked as an Advisory Chef in the Food Services Department of Nestlé Argentina S.A. for three years before joining LSG Sky Chefs in 1999. He started as an Executive Chef at LSG Sky Chefs Argentina and has been responsible for the entire Latin America region since 2012.

Here are two recipes that our chefs developed at their workshop:

The interesting thing about this dish is one of the garnishments: the reconstruction of a corn. A technique that consists of disassembling and assembling the vegetable, already filled with a traditional preparation. The sole is rolled, like a wrap, providing the dish with the same architecture one would see at any fashionable restaurant. The fennels are au-gratin with a mixture of bacon, breadcrumbs, and yolks, giving it an attractive presentation and texture.

For the fish: Sear the previously seasoned sole and complete cooking in the oven.
For the fennels: Cut the fennel in thick slices, sauté in olive oil, deglaze with vermouth and the fumet, cover and complete the cooking in the oven. Cut the bacon in lardoons, brown in a frying pan and mix with the breadcrumbs, the grated cheese and yolks. Cover the drained fennels with this preparation (keeping the cooking broth) and put into the oven until it cooks au-gratin.
For the stuffed corn: Cook the corn in boiling vegetable broth for 5 minutes. Cool. Cut the corn trying to keep the grains together, place into a buttered ring mold giving it a corn shape and fill with the roasted onion, pepper and tomatoes, and cut in brunoises. Serve hot.
For the sauce: Take the broth from the fennel and add cream.
Dish arrangement: Roll two sole filets per portion, place them on a plate and accompany with a slice of gratin fennel, a filled stuffed corn and the sauce. Decorate with micromix.

NOTE: For large quantities of fish, it is recommended that you cook it directly on a plate with olive oil, salt and pepper, or in the oven at 160 °C.

For this dish’s decoration we have used the cocoa butter covering technique for a velvety look. The creamy champagne filling sits on a crispy base to create different texture perceptions. The champagne cream sweet is mixed with the acidity given by the fresh fruit to trigger new sensations. The fancy presentation, together with the live color, surprises the customer from the first moment.

For the compote: Hydrate the apricots in the water for 8 hours. Move the water and apricots to a pan, add the sugar, vanilla, the star anise and cook until you get marmalade. Cool. Weigh what you obtain and mix it with 75% of that number in water. Add the hydrated and melted gelatin with the lemon juice. Distribute this preparation in silicone molds and freeze.

For the Sablée Breton: Mix the butter, sugar and salt. Add the yolks, and finally, the strained flour and baking powder. Stretch the dough to 1 cm thick, cut or mold it with the shape of the champagne cream mold. Bake until dry.

Dessert arrangement: Unmold the champagne cream portions. Mix the white chocolate with the cocoa butter and dye pink. With this mixture and the help of a “gun,” paint the still frozen portions pink. Place each of them on the Breton pastry and decorate with apricot compote, white chocolate and flowers.

NOTES: In the compote, the gelatin represents 2% of the total weight of water and marmalade. The dessert must be served cold (not frozen). The dye used for the gun is specially made for chocolate and is soluble.

March 8 is International Women’s Day, giving us the perfect reason to ask the chefs at LSG Sky Chefs which classic recipes can be traced back to …