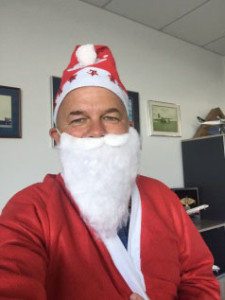 Pieter Harting, Dutch by origin, returned to New Zealand in summer 2015 to take on the position as General Manager New Zealand. He originally joined our company in this country, back in 1997. In the meantime he gained a wealth of experience in several GM positions at our Customer Service Centers in Hong Kong, Kuala Lumpur and lately as Project Leader in Boston. Pieter has settled near Clevedon, a small farming village 28km from Auckland Airport.

In 1642, a Dutch explorer sailed east from Australia and so was the first European to discover Aotearoa, New Zealand. In 2015, another Dutchman (me!) has returned to New Zealand and will celebrate his first New Year for a decade here. Clevedon is famous (in Auckland) for its Farmer’s Market and strong organic food culture. Fresh produce and hand made products including preserves, specialist meat cuts and small-goods, and great coffee are the hallmarks of the Clevedon Farmer’s Market. 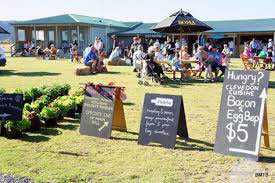 Christmas and New Year mark the start of summer holidays here in New Zealand. They are typically celebrated with family and friends – a barbeque and party on New Year’s Eve, and the following day at the beach.  In New Zealand we have our own unique Xmas tree, the Pohutukawa Tree.

Auckland has a series of regional parks with beaches, walking tracks and camping areas available for public use. The closest for us is Duder Park on Auckland’s eastern coast, 10 minutes from Clevedon. A day at the beach will mean sandwiches, fresh fruit especially strawberries or cherries, a few local beers or wine, and lots of sunscreen (especially on my head…).

So, best wishes and Happy New Year from all of us in New Zealand – first to see the New Year in 2016!

Hello everyone, Did you know that today (April 22) is Earth Day? The environmental movement surrounding this observance began in 1970. Now, this special day has become …